First off, what is an iron remover and why do you need it?

An iron remover is a chemical decontamination product that helps pull iron and other industrial fallout out of your paint. These contaminants are everywhere. They are in brake dust, rail dust, rain, road dust, etc…

Left on your paint they bake and eat their way into your clearcoat leaving not only a dirty and dull finish but also potential for clearcoat failure as the particles oxidize (rust) below the surface.

I personally chemically decontaminate every car I buy when I first buy it and then about every year or so after if it’s driven in the elements a lot.

Every time I have to decontaminate a car with an iron and fallout remover I like to try a new brand. Most Iron removers are offensive in smell and linger for a long time wherever you sprayed it. They are also expensive and do not last long as one bottle is usually only good for one or two medium vehicles if you include doing the wheels.

I’m always hopeful that I’ll find one that changes all of that.

I have previously used Car Pro Iron-X, Sonax Fallout Cleaner, and most recently Britemax Iron Max. I’ve been testing some McKee’s 37 products and was curious if their Extreme Iron Remover was any better.

I reached out to McKee’s 37 and acquired a 16 oz bottle of their Xtreme Iron Remover.

As you can see below, the McKee’s 37 Xtreme Iron Remover is the most expensive of the bunch if you don’t count the frequent sales at stores like Autogeek and Autopia. It also ships in a 16.9oz bottle, similar to all but the Britemax Iron Max which ships in a 24oz bottle.

So right off the bat I’m expecting a lot from this product.

I like that the bottle ships with a cap and separate sprayer. This kept the package clean and makes it easy to store long term. It also cuts down on the smell when storing since it can’t seep out of the sprayer.

I removed the cap and the chemical inside had actually eaten away the safety seal. Must be some good stuff! Haha. 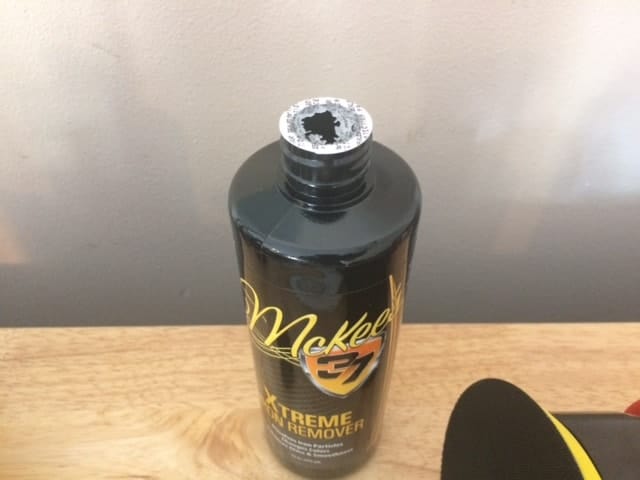 As soon as I removed the cap I noticed the the horrendously offensive smell I’m used to with other products was barely present. This was a pleasant surprise. I was still there, but nearly as bad as the likes of Iron-X. 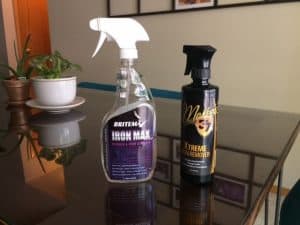 I sprayed the driver’s side of the car down with McKee’s 37 Xtreme Iron Remover and the passenger side with Britemax Iron Max.

Right away you can see the Britemax is much thicker and foamier than the McKee’s 37. It sticks to the paint like glue. The McKee’s 37 applies thin and runny like Iron-X. 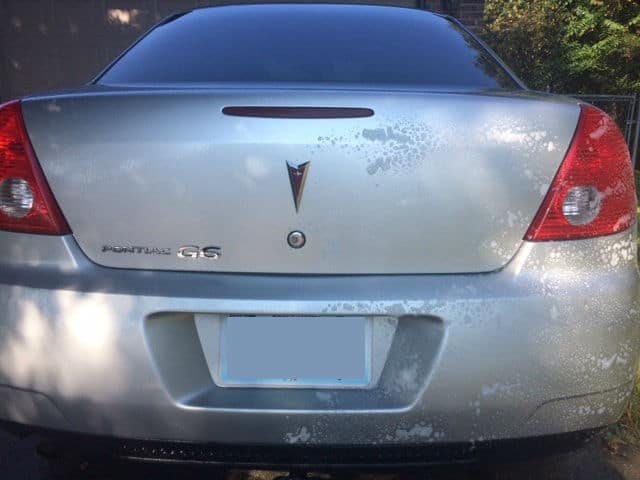 I left the products to dwell and it appeared that the McKee’s 37 was actually doing a better job at reacting with the iron but I attribute that to the fact that it was running down there car whereas the Britemax was just sitting there like glue. Once I smeared the Britemax Iron Max with my hand the results were similar. 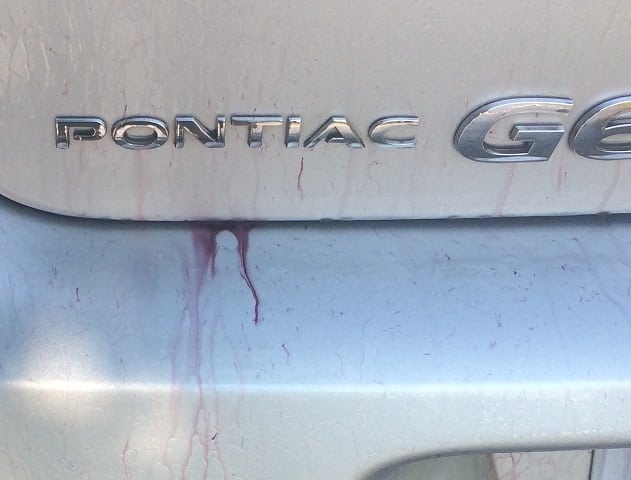 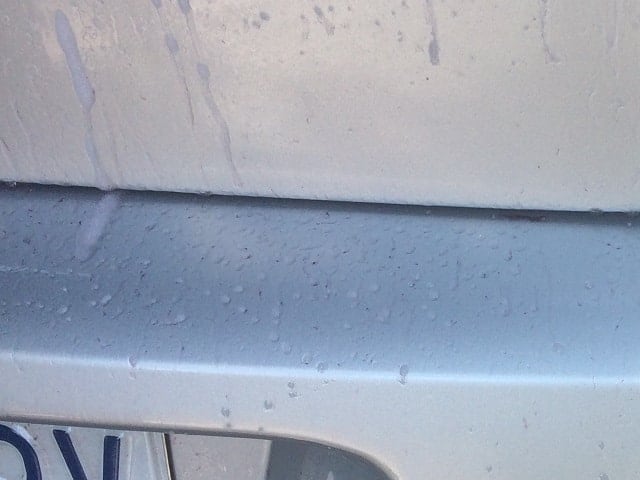 One thing I did notice was the McKee’s 37 Xtreme Iron Remover did not dry fast like Iron-X does, though they share a similar consistency. I had no issues leaving the product to dwell without it starting to dry on me. The Britemax was the same.

Once the car was dried I found no staining from either product.

Between the two products I give the edge to Britemax for being both cheaper and clinging to the car better.

On the other hand, I give points to the McKee’s 37 Xtreme Iron Remover for having a less offensive smell than any iron remover I’ve tried while doing just as good of a job. It also has a cap to store the product the others that require you leave the sprayer attached.

The Good about Xtreme Iron Remover

The product works as advertised. It smells much less offensive than other products like CarPro Iron-X and Sonax Fallout Remover. It also doesn’t seem to dry as fast as Iron-X. It comes with a cap to store it so it’s smell doesn’t leach out the sprayer nozzle.

The Bad about Xtreme Iron Remover

Unless you find it on sale, it’s the most expensive of the bunch. It’s also thin and runny like Iron-X.

If you want the least smelly of the Iron removers, then McKee’s 37 Xtreme Iron Remover is your ticket. It’s marginally more expensive than most of the competing products. One bottle will last about one vehicle if you also use it on the inside and out of the wheels.

Would I recommend it to a friend? Yes, provided smell was an important factor them. If it is not, I personally prefer the Britemax Ironmax formulation. Since it sticks well to the surface of the car it requires less product. It does smell worse though.