Ever wondered what kind of abuse trucks go through in the desert south west?

Or what it would take to clean one up?

…at least not until the only project truck I could find that had everything I wanted for a price I was willing to pay was located in Roswell, NM.

For reasons that nobody else will ever understand, I really wanted a early 2000’s GMC Sierra Extended Cab Short Bed 4×4 with a 5.3 in Marine Blue Metallic.

The problem was this particular configuration of truck was only sold in 2003 and 2004 and most of the 4x4s were sold in the North East where they are all rusted out.

Needless to say, the pickings were slim.

I ran across this, ahem, diamond in the rough online. I looked through the pictures and could tell it was pretty rough. The clear coat was cooked off and it needed a serious bath. However, it had really low miles and other than some light surface rust on the frame, it was rust free.

I thought it would make a great canvas for illustrating the things I talk about on this website and for testing detailing products so I bought it and drove it back home to the Midwest.

From far away it doesn’t seem so bad. Get up close and things quickly go sideways.

The sand, dirt, and dust continued into the interior. The pictures make it look a lot better than it really was.

The door panels are definitely in need of some TLC. The New Mexico heat didn’t do the armrest glue any favors.

I even inherited a handgun safe that was bolted to the floor. Sadly, it was empty when I removed it.

When I first bought the truck, I could tell the driver side door and front fender had been repainted poorly. Upon closer inspection, I found that the poor paint job extended to the bed and, sadly, they didn’t bother to remove any trim or decals before shooting the paint.

Unfortunately, that means this project went from some serious paint correction to a new paint job. I’d rather deal with a new paint job than cutting out rust so I’m still pretty excited.

Now that we’ve had a good look at the canvas, it’s time to dig in. Stay tuned!

Those gmcs are nice trucks. I always liked how comfortable they are and the layout of theinterior. Nice find. Looking foreward to reading and seeing how its transformed.

Comments are closed.
If you appreciate what we do on The Art of Cleanliness, you should consider:
We are thankful for your never ending support! 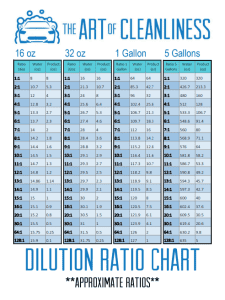